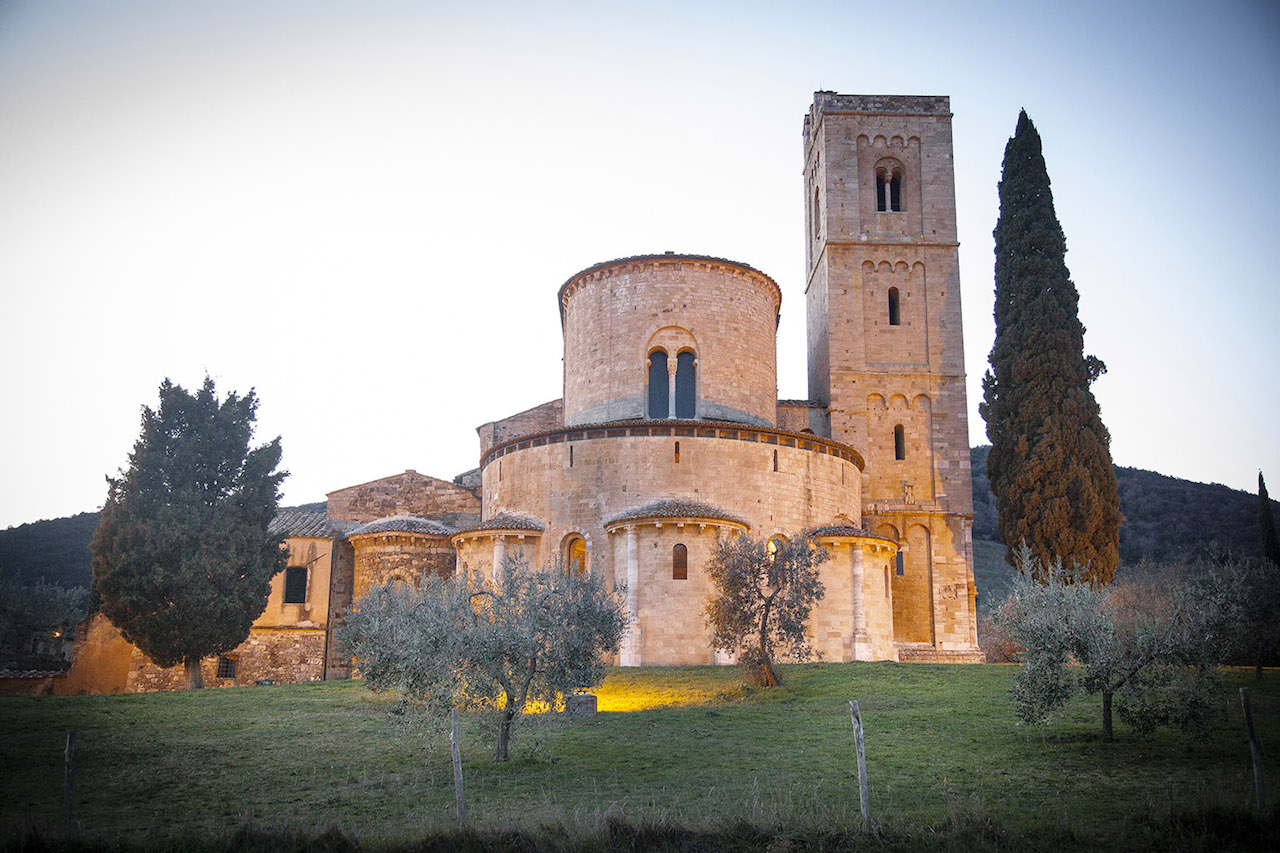 The most important example of Romanesque monastic architecture in Tuscany.

Any visit to the enchanting Montalcino is not complete without seeing the Abbey of Sant’Antimo. Arriving along a beautiful panoramic road that winds between vineyards, olive groves, green hills and scattered remote farmhouses the splendid travertine abbey rises surprisingly isolated in a clearing surrounded by centuries-old olive trees and lush wheat fields. The Church is the most important Romanesque monument of Southern Tuscany; its French influence is evident from its architecture mainly due to the basilica-style plan with ambulatory and radial chapels: its iconography is unique in Tuscany and one of just a few found in Italy. Tradition has it that the abbey was founded in 781 by Charlemagne; documents regarding the Abbey of Sant’Antimo date back to the second decade of the 9th century, a period in which reference seems to be made to a small building mentioned as a “chapel or Carolingian church”, rectangular in plan with apse to the right of the Romanesque church at the start of the ambulatory and today used as a sacristy. The abbey has a Benedictine construction with Basilica-style plan of which its contemporaries wrote “non è in tucta Italia più privilegiata abbadia de la chiesa romana e sacro Imperio” (“no finer abbey of the Roman church and Holy Empire can be found in the whole of Italy). 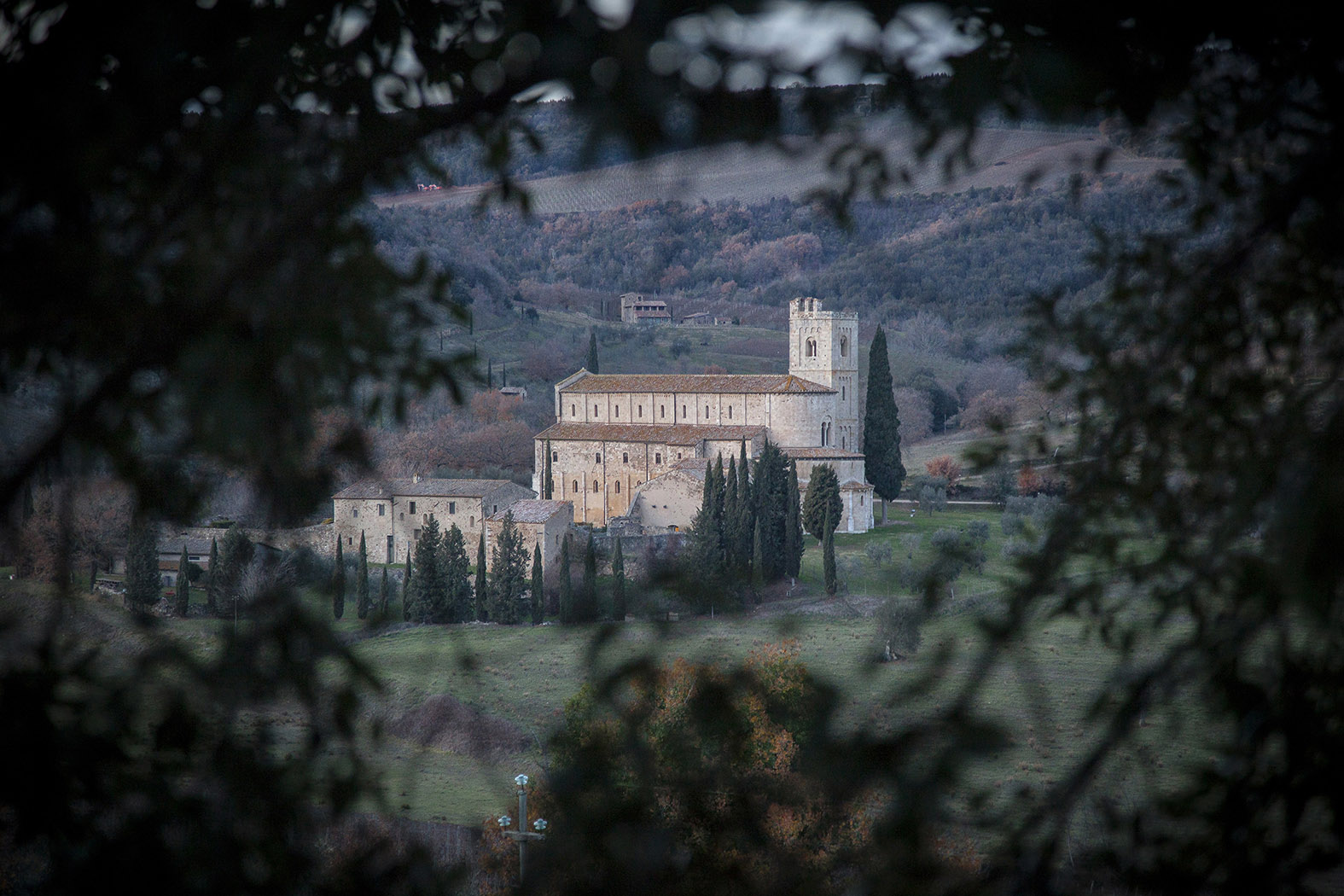 The church’s current appearance can be ascribed to construction work that started in 1118; this date is found in an inscription on the stairs and the surface of the main altar with mention of a donation made by a certain Count Bernard, perhaps of the Ardengheschi family (of Pari and Civitella) to Ildebrandino di Rustico. The same date can also be found on one of the columns of the ambulatory.

The abbey is built in travertine stone (the – now abandoned – quarries of which were in fact found in the area of Castelnuovo dell’Abate), one of the most beautiful ornamental stones used in the Romanesque period: at times it is erroneously referred to as “onyx” or “alabaster”.

The abbey was besieged in 1462 by Enea Silvio Piccolomini, Pius II, who annexed it to Montalcino, which was then promoted to the state of Diocese thanks to the incorporation of the Abbey itself.

It was restored to being a place of spiritual importance only recently, thanks to the work of a community of Canons Regular of Prémontré which settled here in 1992. The construction as it stands today is the result of seven renovation interventions. 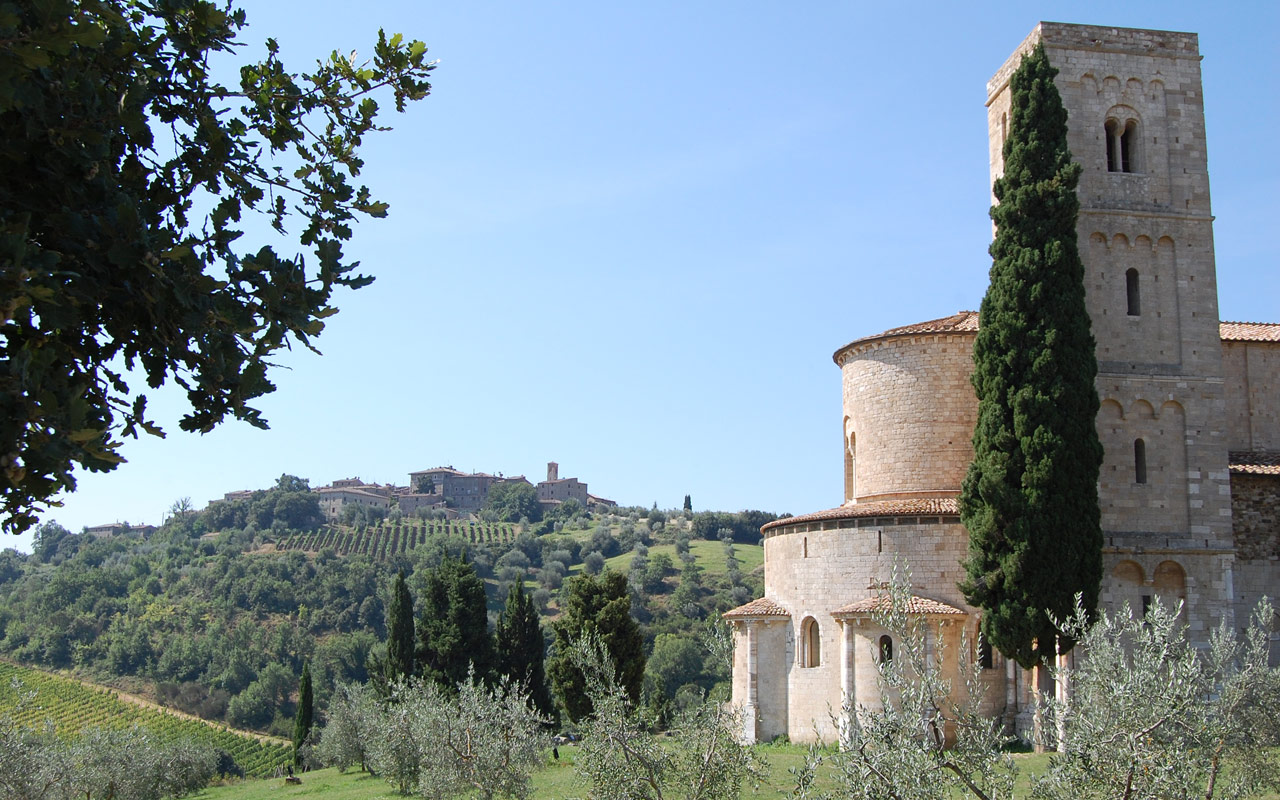 The interior of the church is divided into three naves, divided by columns alternating with cross-shaped pillars and bordered by an ambulatory with three semi-circular radial chapels, testament to its French origins. The central nave has a wooden trussed ceiling while the side naves, in which the loggias are inserted, are covered by cross vaults.

A polychrome wooden crucifix dating back to the 13th century can be found on the main altar. Underneath the altar is a tiny crypt that does not seem to correspond with the architectural canons of the 12th century and seems instead to date back to a previous era. The altar with its marble tomb is in memory of the Roman Consuls Rufino and Eusebio (347 AD). The frescoed lunette depicting Christ rising from the tomb originates from the Siennese school of the 16th century. This area may have held the tomb of the martyr Antimo after whom the Abbey is named. 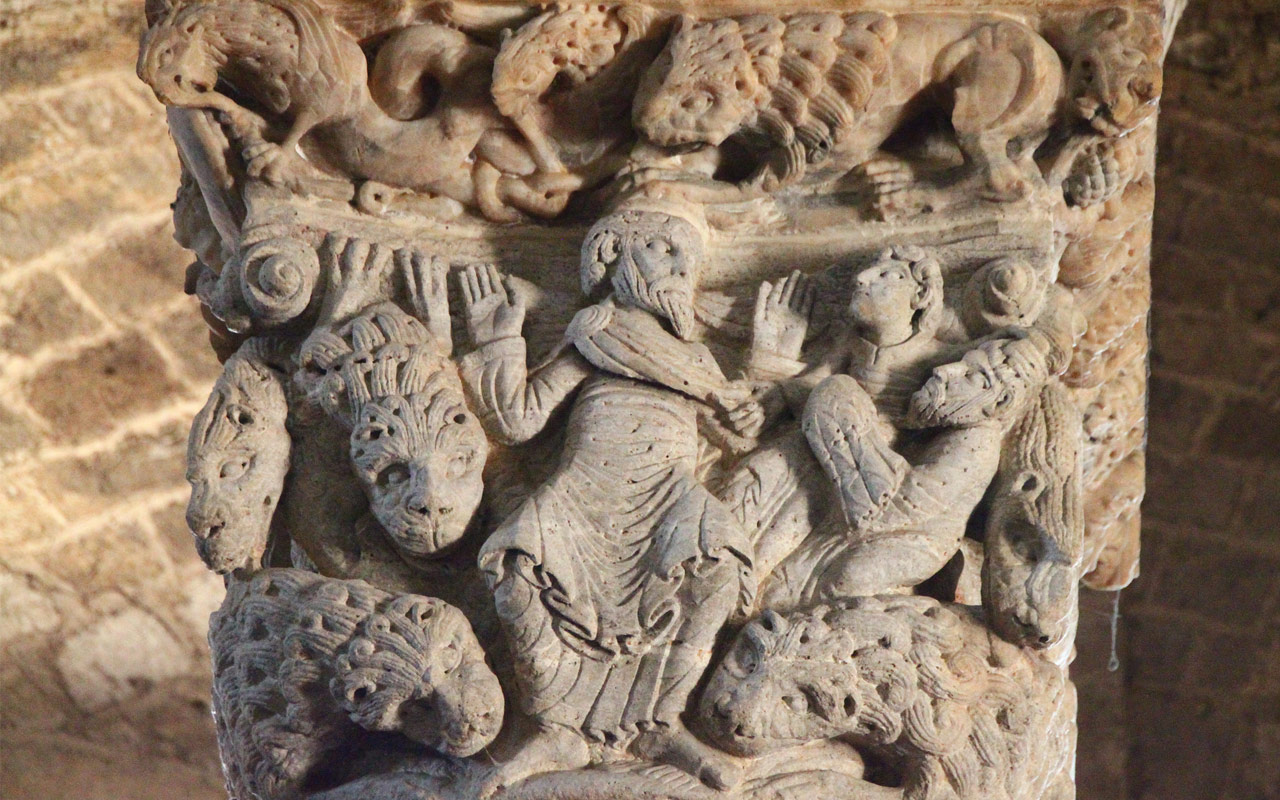