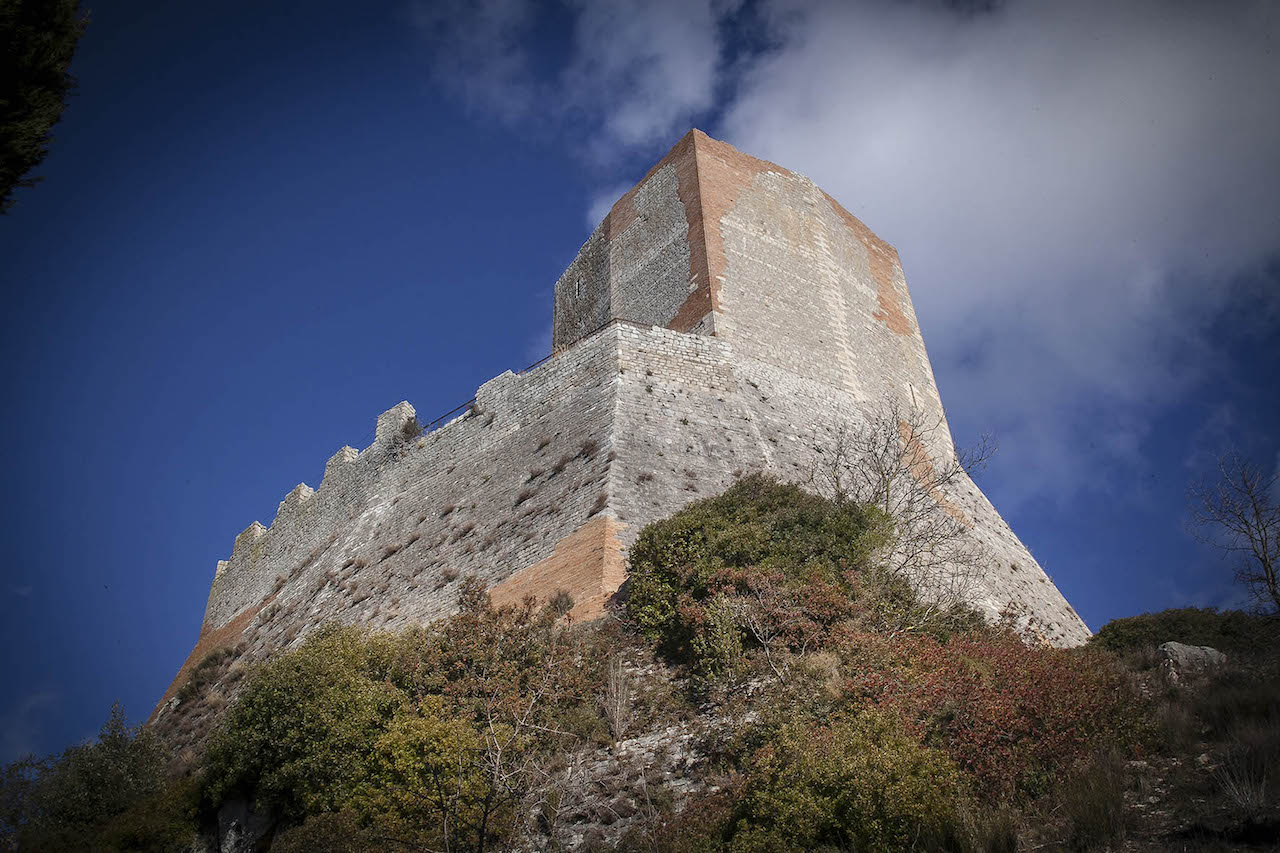 The fortress of the village of Rocca d’Orcia used for centuries as a place of dominion.

The Tentennano Fortress dominates the valley, rising imposingly from the village of Rocca d’Orcia. It has belonged in the past to a long list of owners. Built on the top of a large limestone cliff on the site of earlier Greek and Roman settlements, the fortress was in a rather strategic position: from here, in fact, you could overlook the Via Francigena and the access point to the Gole dell’Orcia through which the communication roads to and from the Maremma used to pass. The Tentennano settlement (first documented in 853) was purchased by the Tignosi family (vassal branch of the Aldobrandeschi counts) to whom we owe the first fortified centre that developed in subsequent years when it passed into the hands of the Council of Siena. In 1274, it was transferred to the Salimbeni family, in exchange for – mainly economic – support against the Florentine Guelfs in the Battle of Montaperti and the family maintained control of it throughout the 14th century. The transferral of the fortress led to numerous riots by the Siennese who succeeded in exiling the Salimbeni family in 1419. The city of Siena acted immediately to fund a series of essential maintenance works that then became too expensive over time and were therefore commissioned out to private companies.

The Fortress was used for war purposes for the last time in the 16th century during the conflict that led to its annexation from the State of Siena to that of Florence. This time the fortress was not conquered by force but thanks to the betrayal of occupiers who opened the gates one night allowing the Spanish troops to enter and take over command. But the Spanish command did not last long as in 1555 the city of Siena conquered it again. In the 16th century the fortress suffered a period of decline, first when it was given to Giulio Riaro and then again when the population of the village declined rapidly, leading the village to lose its municipality status. The grand duke Pietro Leopoldo di Lorena tried to resolve the situation in a number of ways, creating the first centre of the council jurisdiction of what is today Castiglione d’Orcia, which took over the Rocca once and for all. In 1971, the last owners, Anita Aggravi Ugurgeri and Ena Aggravi Scotto, conceded ownership by signing a public deed of abandonment, leading to the fortress’ consequent and immediate acquisition by the State and the Council