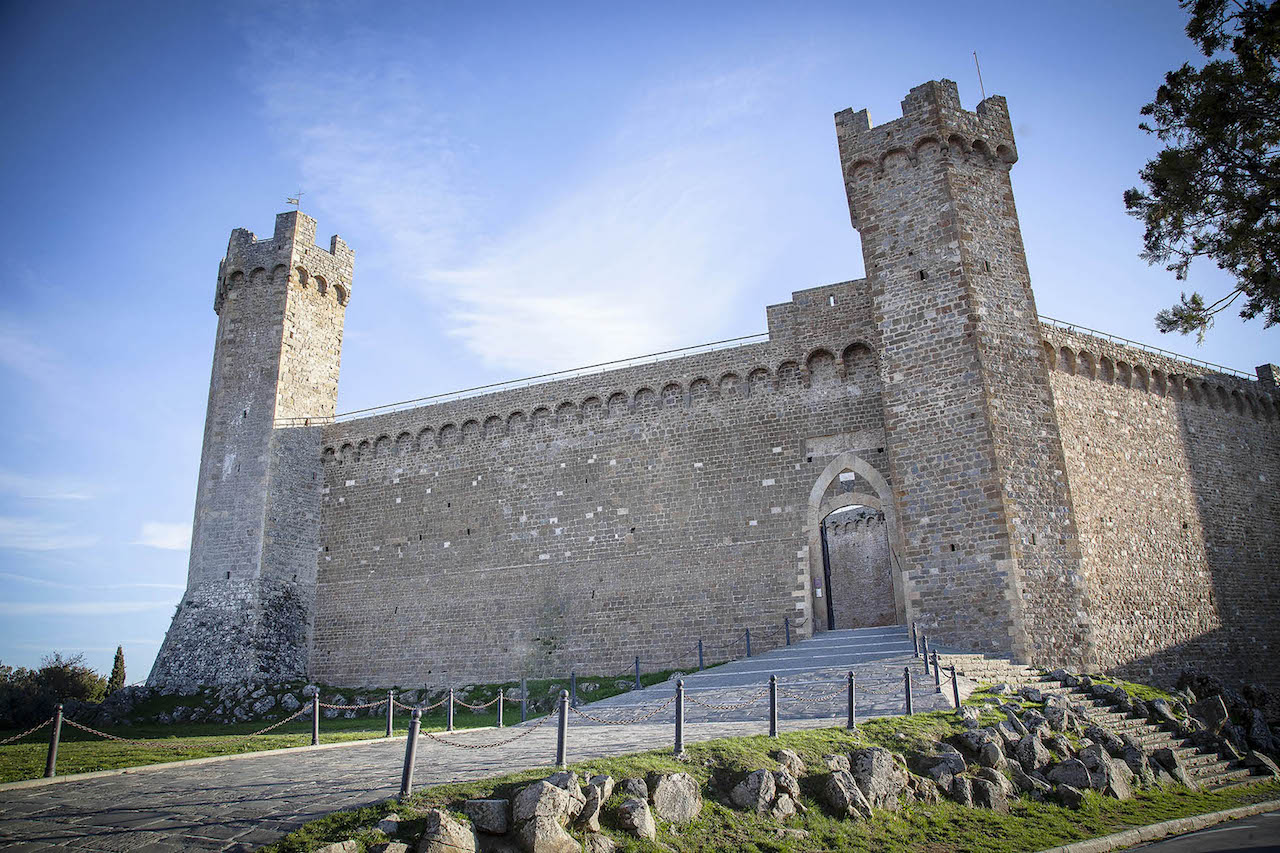 Built by the Siennese starting in 1361, in just a few years this fortress took on a real military function, and ended up with towers and a defensive wall.

The first castellan was Francesco Sozzini in 1368, accompanied by thirty-two crossbowmen.

Structurally the fortress was completely new in that its pentagonal structure exceeded the classical square form. The Donjon Gate gives access to the fortress via a ramp; inside we find ourselves in a vast area surrounded by the walls and the towers on each corner of the pentagonal donjon. Against the wall to the north-west is the chapel which is no more than part of the left-hand nave of the Church of Sant’Egidio. At the foot of the scarp wall and the towers are a number of small embrasures. From the tower of the S. Martino bastion (the main tower of fortresses and forts) which has certainly undergone restoration works, an internal staircase leads to some halls and the ramparts which run along the entire perimeter of the walls of the fortress.

Opposite the entrance gate is another door that leads to the holly oak garden in the San Giovanni bastion built to reinforce the fortress at its weakest point. The bastion was built after the surrender of Montalcino and the entire Siennese territory on 31st July 1559. Construction thereof did not affect the rest of the fortress. This fortress found itself under attack many times but was never conquered and ended up abandoned for many years: to be precise until the late 1930s when it was subjected to vast renovation works. 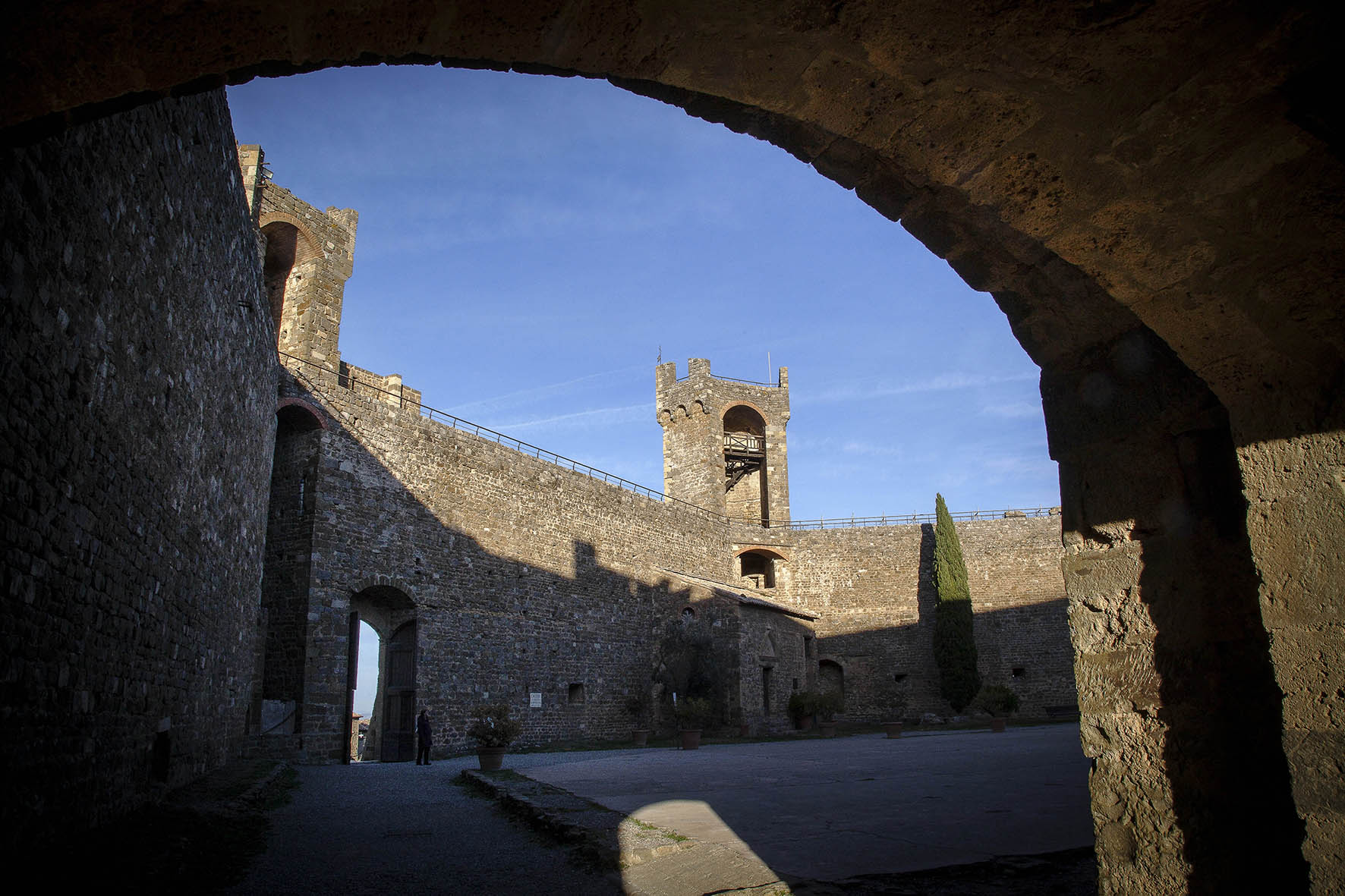