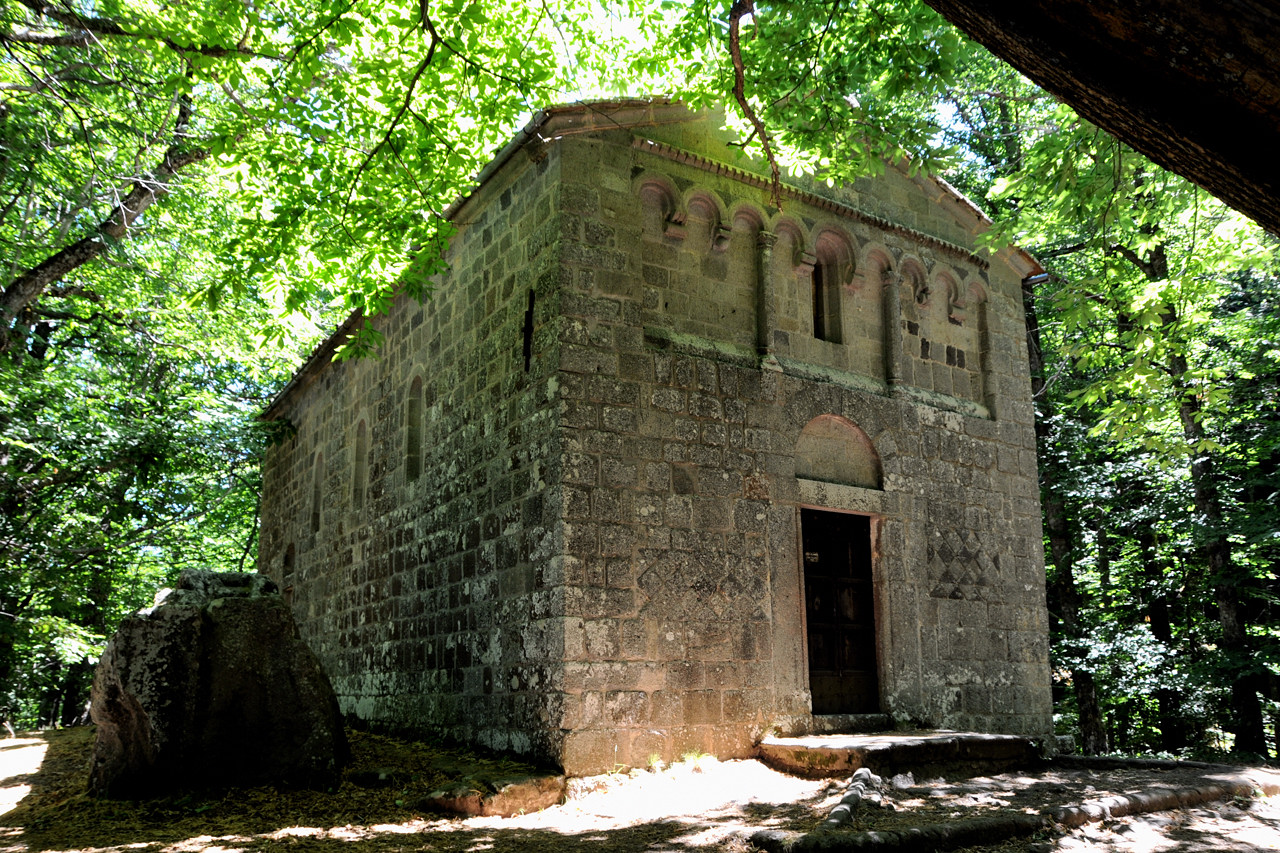 The del Vivo Hermitage is a monumental ecclesiastical complex in Vivo d’Orcia – a small area of the town of Castiglione d’Orcia – and more precisely in Contea, just a few kilometres from the town.

No one knows exactly when the entire complex was founded, it probably dates back to the 11th century and has been ascribed to San Romualdo; however, it is first mentioned officially in a Papal Bull dated 1113 in which it is described as a religious organisation belonging to the Camaldoli Monastery.

Originally it was made up of a Hermitage (which corresponds to today’s Ermicciolo) in a high and isolated position, and a monastery – the construction of which dates back to 1218 – which was found lower down and which was used by Pope Alexander IV as a refuge for monks during the various wars to which the area was subjected towards the middle of the century. Around the first half of the 13th century the monastery, by now uninhabited, fell into ruin and then was acquired by the Farnese family who subsequently transferred it, along with the numerous works remaining therein, to Cardinal Marcello Cervini of Montepulciano. It was in fact then the Cardinal who ordered a castle building to be constructed on the remains of the monastery, the realisation of which has been ascribed to Antonio Sangallo Il Giovane. As well as for the renovation of the building, the Cardinal has also been credited for the construction of residences, storehouses and oil mills, elements that contributed to kick-starting the area’s economy, which, consequently, led to the development of the inhabited centre of Vivo d’Orcia, which took on its current form in 1867. 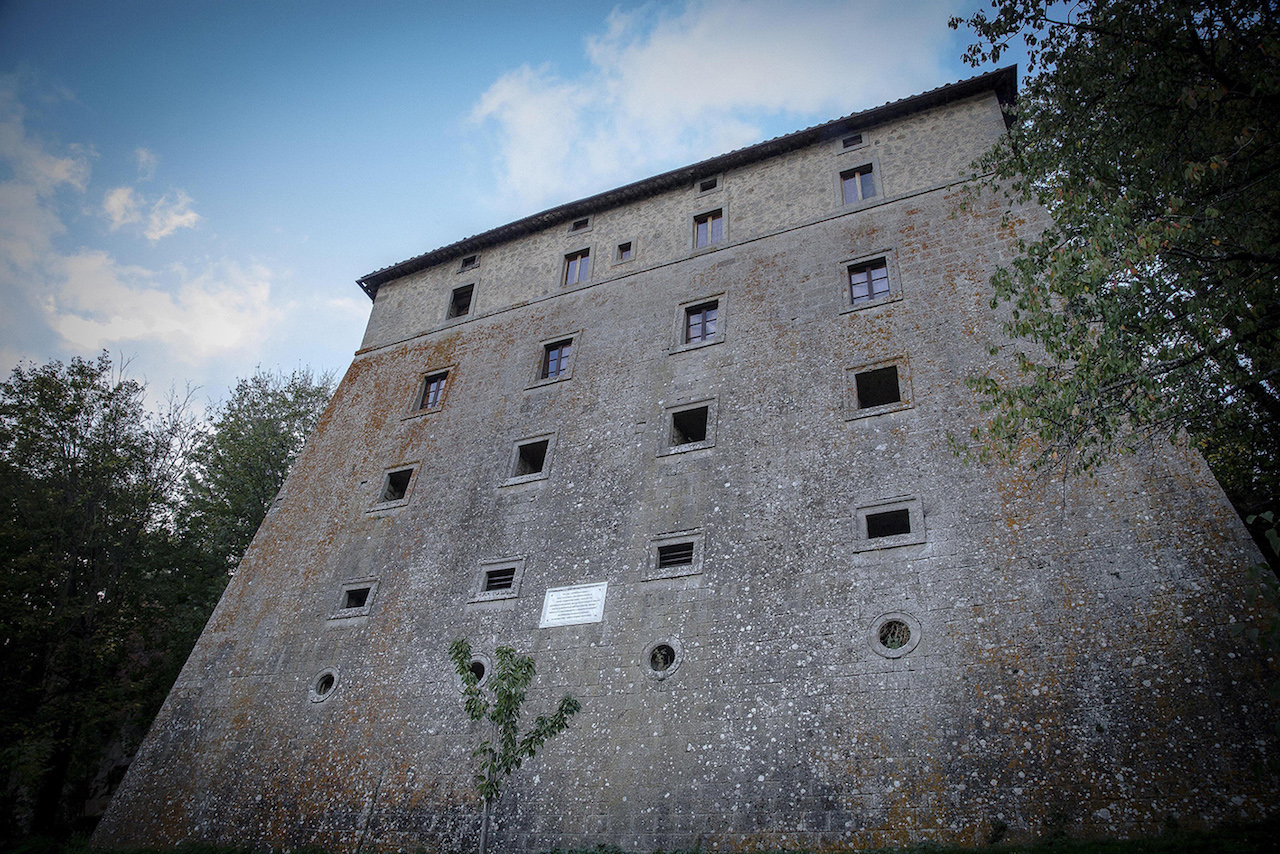 The monastery’s church – known as the Chiesa di San Pietro – underwent an extreme transformation, becoming the church we can find today dedicated to San Marcello. Some 16th century elements can be seen in the exterior façade, while the three internal altars and the upper part of the bell tower certainly date back to the 17th century. The only traces that remain of the original construction can be found in the lower part of the bell tower and in the southern part of the building, as well as in a doorjamb – today located in the sacristy but which originally belonged to the main door of the façade – which depicts San Michele killing the dragon.

Regarding the Ermicciolo, or rather the upper hermitage, there used to be a church dedicated to San Benedetto near the springs of the River Vivo. It is a small church dating back to the Romanesque period and characterised by a single nave ending in a semi-circular apse, decorated with some small hanging arches supported by sculpted shelves. To the side of the portals in the façade are two frames decorated with a chequered motif created using different tones of volcanic rock. This aspect is a rather faithful reproduction of the original, thanks also to its excellent state of conservation, maintained through various renovations undertaken around the 1930s. 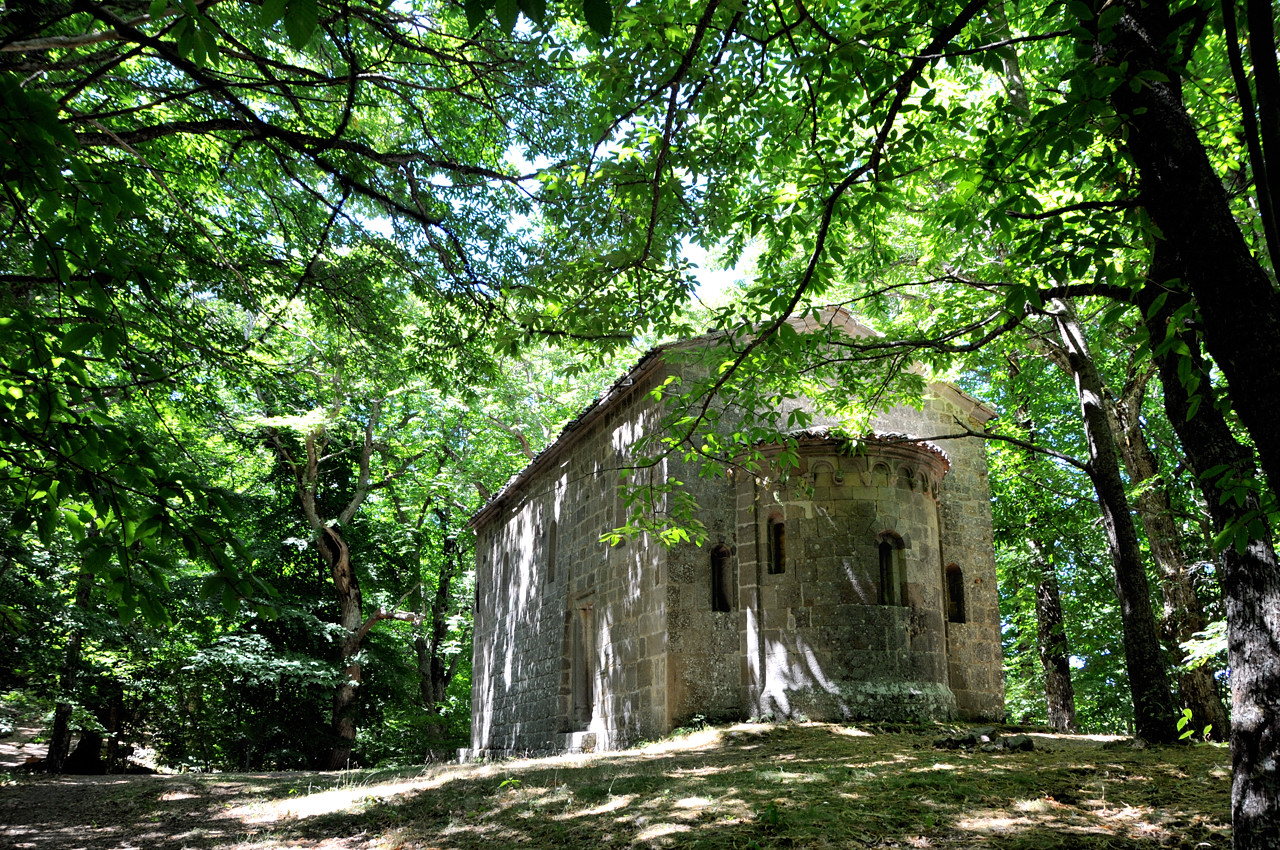