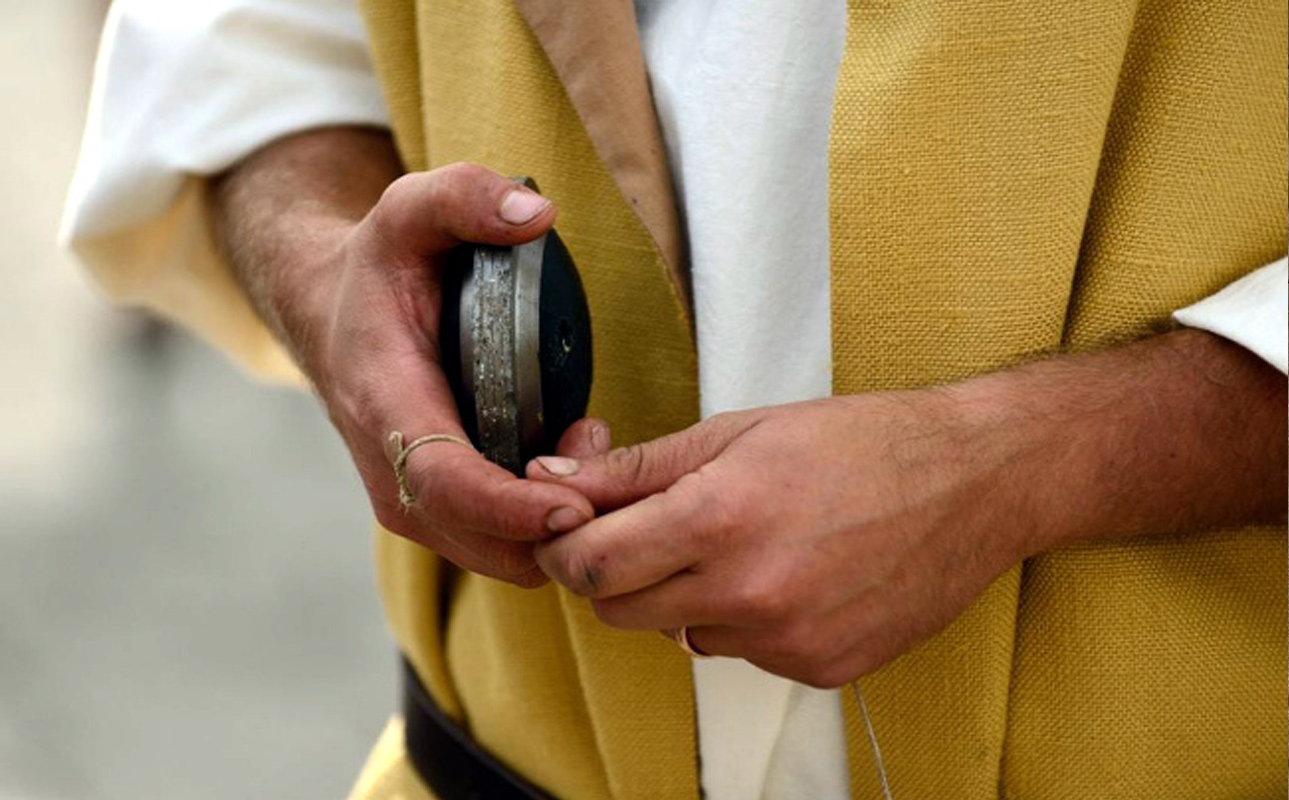 The “poor people’s game” that dates back to Etruscan times.

An ancient game documented in Etruscan and Roman images practiced in Val d’Orcia and known as the “poor people’s game”, passed down from generation to generation and reaching us today. The straight, white, solitary dirt tracks of the Val d’Orcia countryside become an arena set ablaze by furious Druzzola battles. A wooden disc, slightly bloated in the middle and covered by a sheet of iron around the thickness, is used to test strength, balance and throwing technique. The sizes, shape, wood used to make it, all vary greatly around the area, as no actual precise rules or instructions exist.

The main and only certain criteria is passion, desire, and sometimes the need to “ruzzare” (run and jump and play). The classical sizes of the “galactic” disc generally range from a diameter of around ten to fifteen centimetres and a thickness not much greater than one centimetre.

The disc is launched from a simple piece of string, spun around the iron circumference of the disc and attached to the index or middle finger of the player’s preferred hand.

After a quick run-up, the competitor launches the druzzola with a sharp whiplash of the arm, unspinning the string to give enough force and direction to the disc to send it as far down the road as possible. Jumps, bumps, stones flying, a cloud of white dust following a disc thrown towards outer space. Shouting and swearing, unrestrained running and blind hope in fate.

Once the disc stops, accurate measurements are made by improvised juries. And finally the winner is declared after multiple launches and much dispute and discord.

Inspired by the other more important Pan-Hellenic sports – or rather, the ancient Olympic games – Druzzola has always been a moment of peace and recreation between the villages of the Val d’Orcia area, providing moments of joy and competition to briefly cast out the serious thoughts of everyday life. Every year, the tradition is kept alive in Camigliano in the Council of Montalcino with the Druzzola Tournament, held in occasion of the Sagra del Galletto in the first weekend in October and all participants dress up in 14th century costumes. 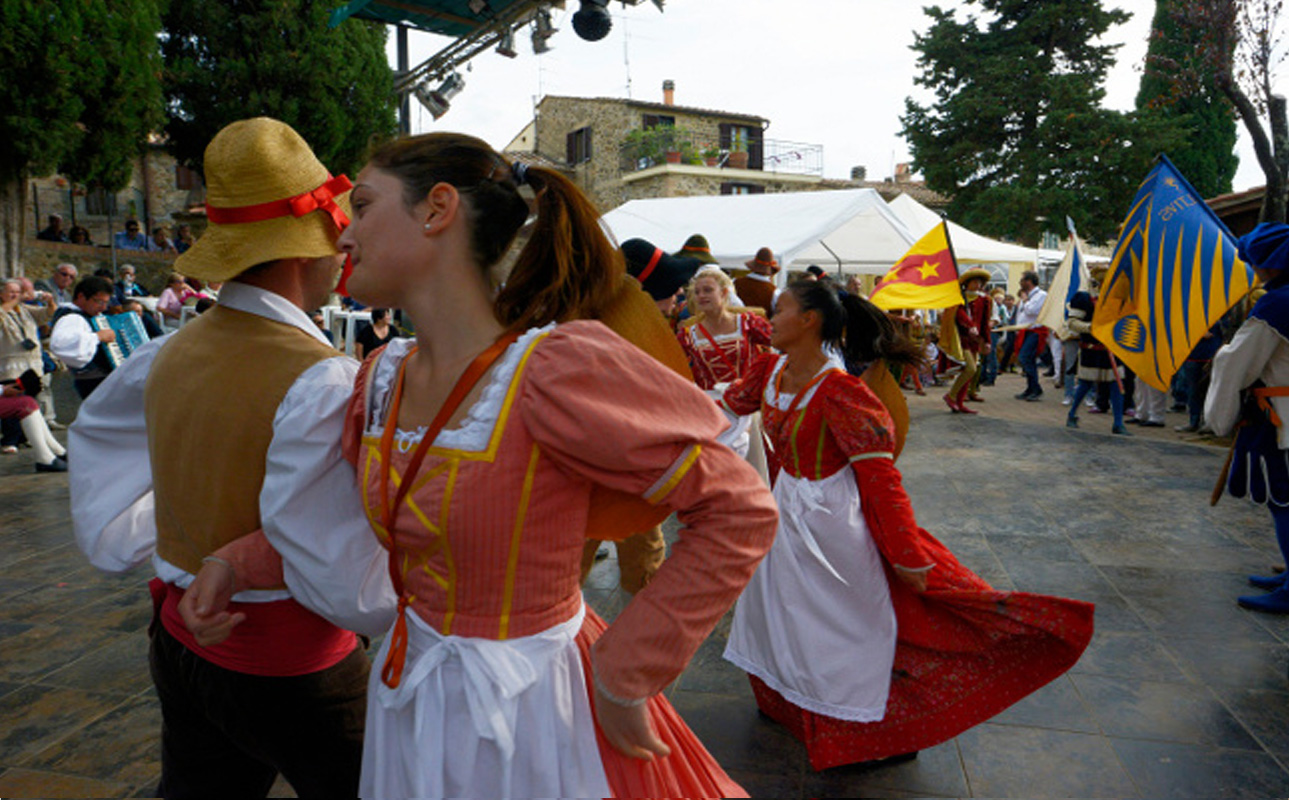