The beauty of the Horti Leonini, founded by the fancy of Diomede Leoni. 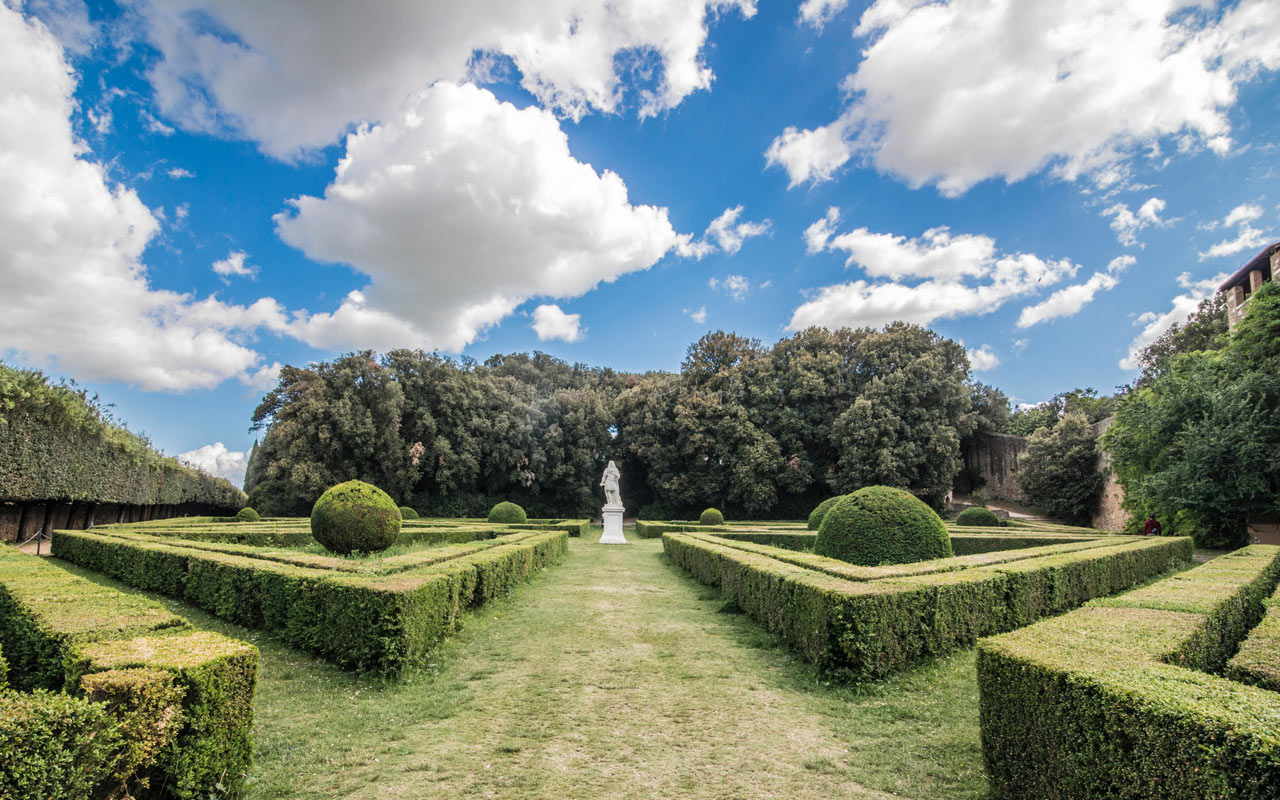 The beauty of the Horti Leonini, founded by the fancy of Diomede Leoni.

The masterpiece that is the Horti Leonini, inspired by the travels and born from the intellectual whim of Diomede Leonini, one of the most illustrious cultural figures of the 16th century.

It was certainly the life, interests and travels of Diomede Leoni that inspired the creation of the Horti Leonini, the open gardens in San Quirico d’Orcia, where he was born in 1514, the illegitimate son of notary Cristofaro Francesco del Fuoco. Towards the middle of the century, during the period of hostility between Siena and Florence, Diomede Leoni travelled far from his home land to Paris, only returning to San Quirico about ten years later. Back home, a disastrous situation awaited him: invaders had caused vast, heavy damage to the entire area, especially the Donjon Tower, the city’s fortified walls and some parts of his own property – a portion of which is today the Horti Leonini, given him in 1522. He thus started work on restoring his property, in the meantime purchasing small plots of adjacent land, with the final goal of creating what would become his wonderful garden which is today famous throughout the world.

Despite his great ties to his birth land, Leoni spent most of his adult life in Rome, where he first worked in the court of Cardinal Luigi Cornaro and then in the court of the Medici and other noble families. His stay in Rome was vital to his career, allowing him access to the environments of the Vatican, so much so that in 1560 he had the honour of participating in the Basilica di San Pietro works under the direct mentoring of Michelangelo Buonarroti himself: between the two men grew a close friendship and collaboration that lasted until the artist’s death in 1564.

Leoni also left some letters revealing his intense participation in the artistic and cultural life of the time: it was this that led him to create his famous garden, starting work on it between 1567-1568, a time in which he had left Rome to return to San Quirico. Considering the deep resemblance, from the design point of view, between the Piazza del Campidoglio – one of Michelangelo’s greatest Roman pieces – and the Horti Leonini, (such as for example the surrounding walls that open towards the backdrop, and the shape and size of the areas) many have theorised that it was actually Michelangelo who designed – or at least made an initial sketch of – the great masterpiece that is the Horti Leonini. 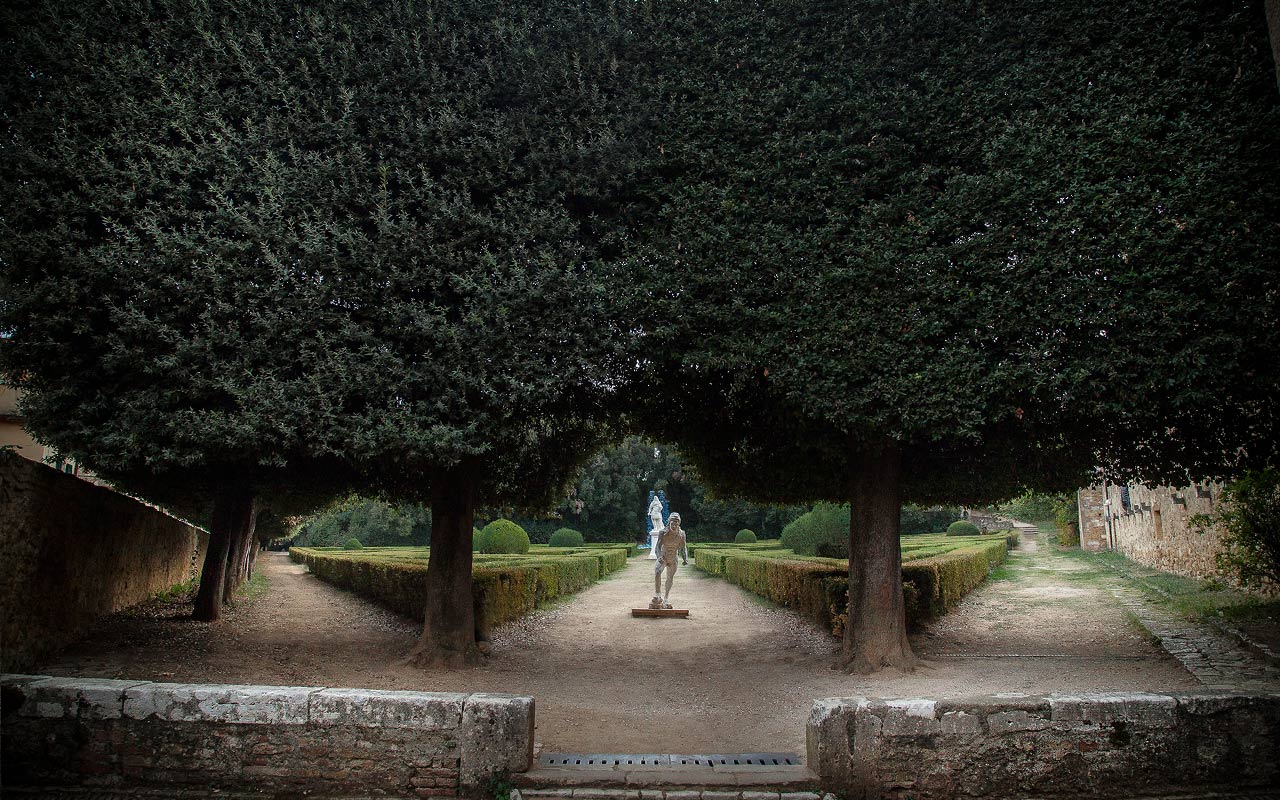 On the façade of the small church of Santa Maria is a plaque that reads: “Diomede Leoni, believing life is only fully lived when we are aware of death, placed this tombstone in his own honour while still alive at the age of 63, in 1577. He lived many more years, months, days”. This plaque was set in the hope that someone after him would complete it with the date of his death – unfortunately this never transpired. In fact the date of his death is uncertain – presumably sometime in 1590 – but one thing is sure: Leoni’s great work contributed, and contributes still today, to making his name one of the most important of 16th century Tuscan tradition. Today the Horti Leonini are open to visitors and for years have hosted the Forme nel Verde art exhibition.