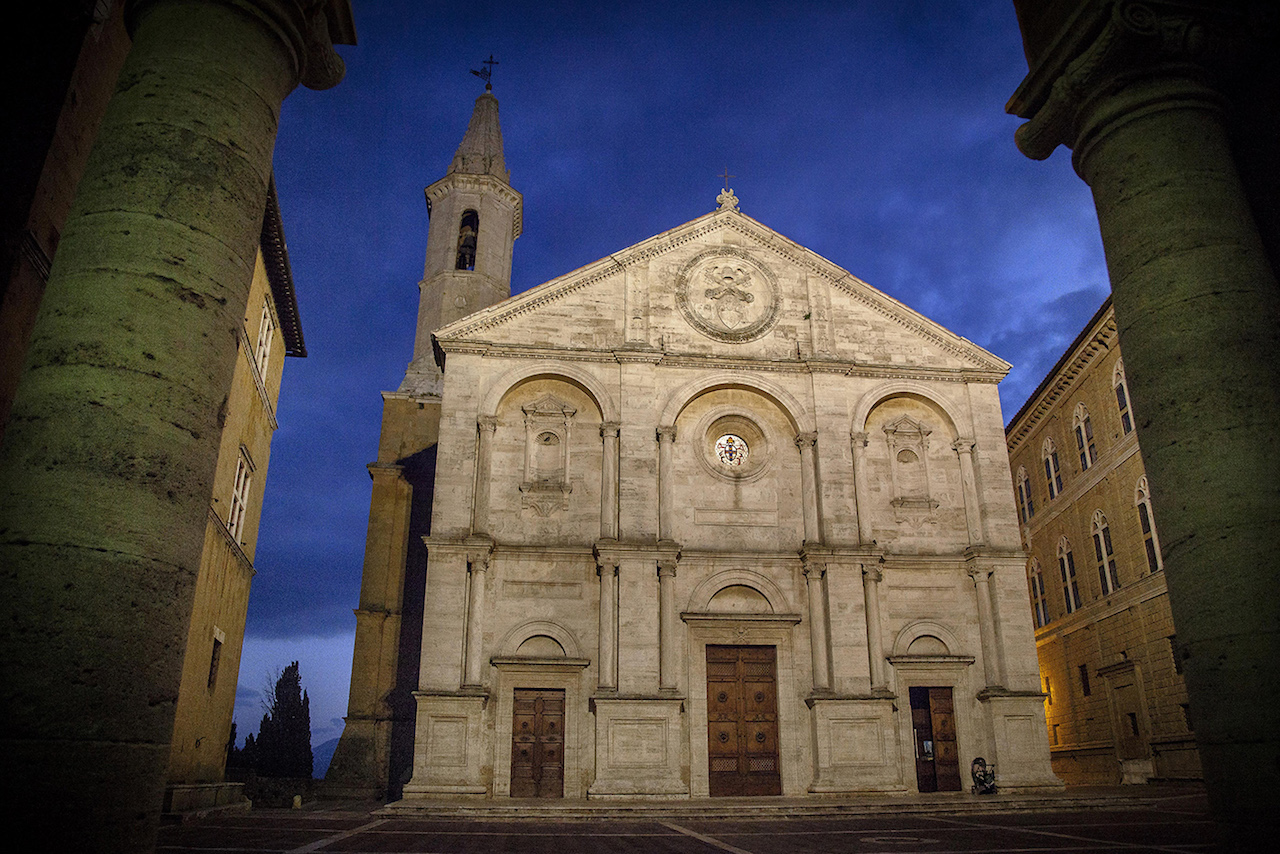 This world-famous piazza is the result of an innovative philosophical and architectural idea.

This piazza has become globally renowned as the result of a greatly innovative philosophical and architectural conception. Recent studies have been able to describe the calendarist character of the architecture itself; during the solar year on specific dates traditionally used to determine the precise dates of religious holidays (equinox and solstice), the shadows of the piazza on the composition are given appropriate and symbolic meaning. A legacy of that ancient astronomic culture which fascinated humanists to the point of spurring them to propose a modern version of it in their creations, for example in Pienza. The piazza is trapezoidal in shape: to the sides, the line of the buildings seems to run towards a faraway point of escape which, like in the example of the Cathedral, can be found at the summit of Mount Amiata.

The Piazza, with its many colours and perspective impulse brings to mind the Filarete-style architectural visions and pictorial visions of the ideal Renaissance city: its solar position seems to give a fresh value to the concept of being human on this planet, the result of a typically Humanist world vision and, together with the buildings that contour it, it looks like the admirable result of modern and optimistic design which regards human life as a value or divine gift to be valorised, rather than as an obstacle to salvation as was the case in previous eras: a value to look for classically and above all in the peaceful cohabitation of the urban community.

The comfortable seating positioned in the path of the breeze rising from the valley represents both planned socialising and an elegant element of the urban setup and the presence of three cisterns on the right side of the piazza are a testimony of the town’s attention to the primary needs and demands of its citizens. The open character of the city – by now without its defensive fortification – works with the square to define the borders and ideal characteristics of a peaceful and cosmopolitan religious and civic community. 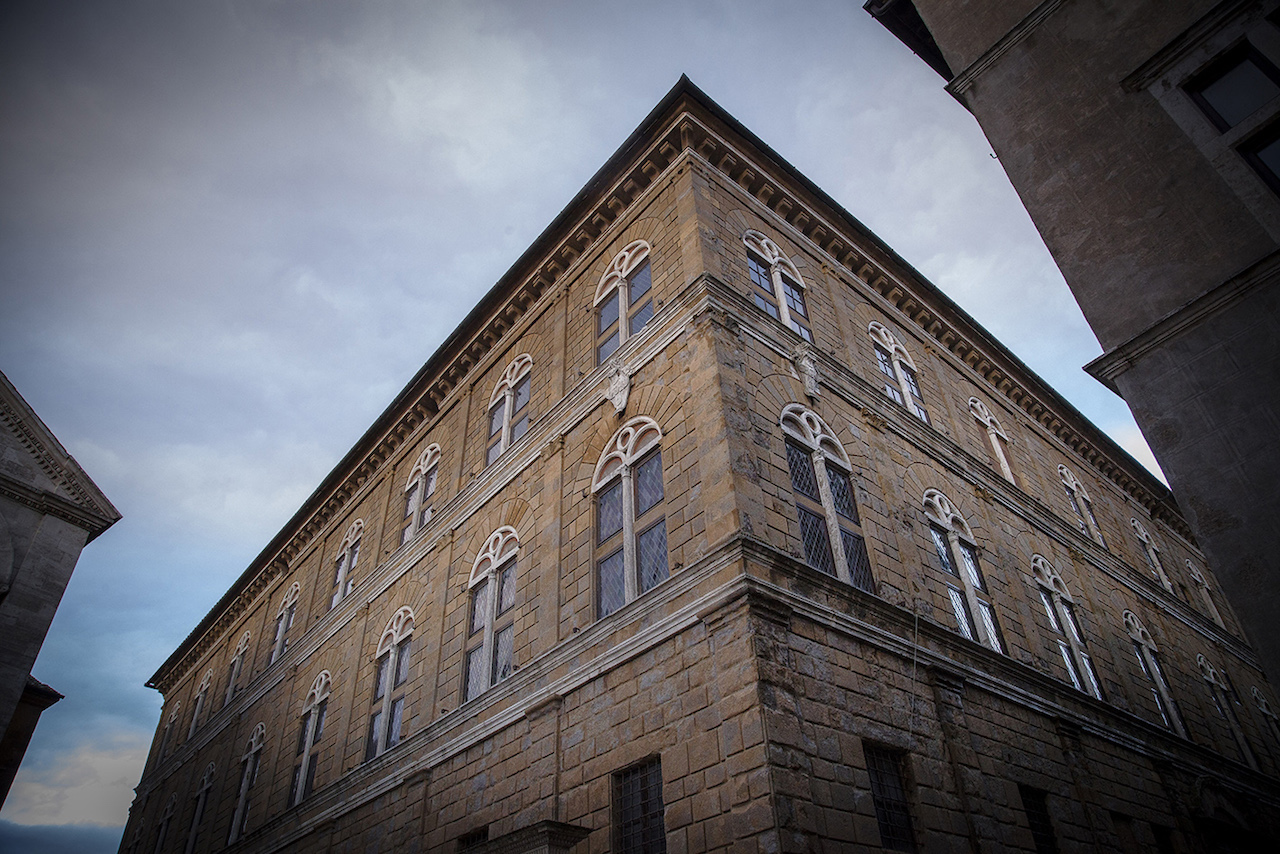