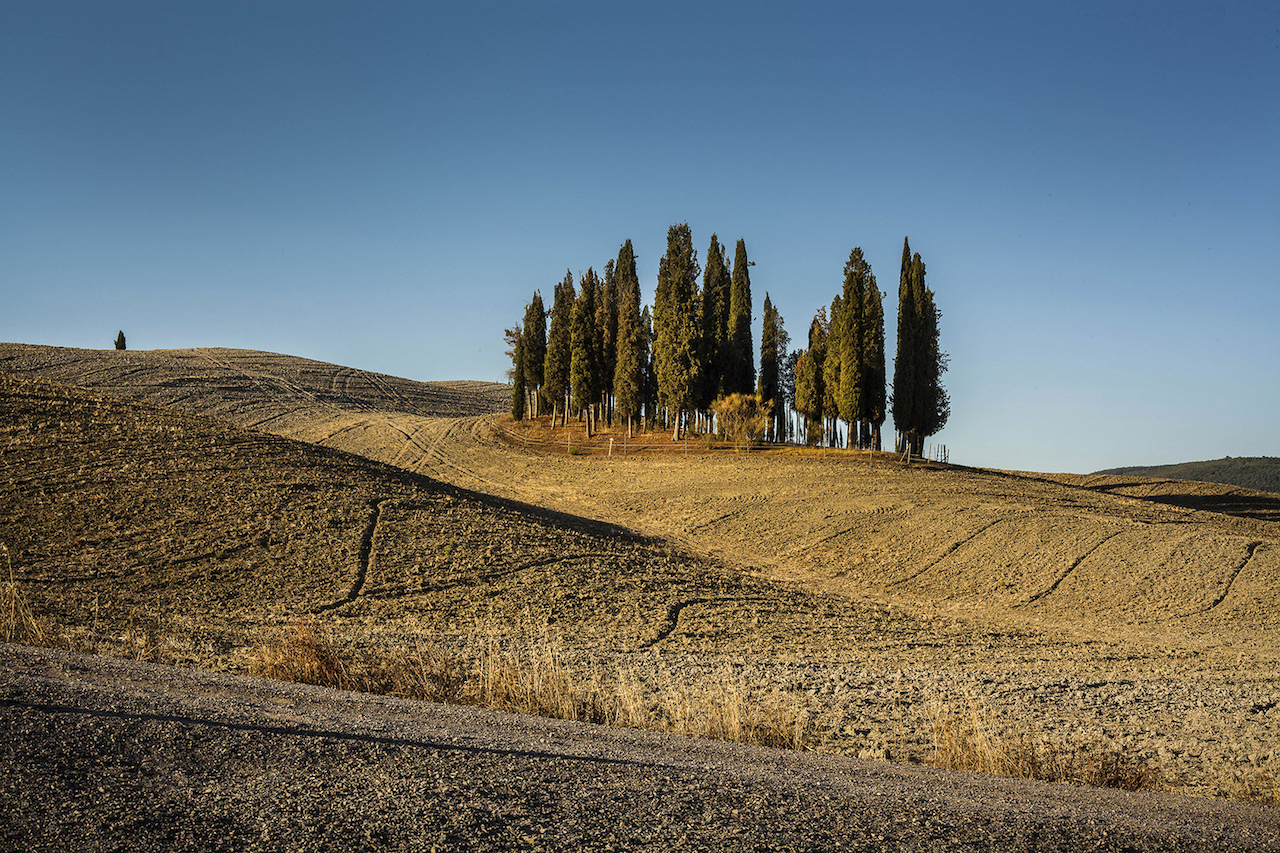 If cypress trees are a symbol of Tuscany, there is no doubt that the “cipressini” (little cypress trees) of San Quirico d’Orcia are the most photographed in the world.

The most popular places amongst photographers of Val d’Orcia certainly include the cypress tree woodland on the hills of San Quirico d’Orcia.

The cypress, found throughout the area, is an ancient tree that owes its name to the myth of the god Apollo’s beloved young Cyparissus. Its presence in Tuscany dates back to several centuries before Christ when it was imported from Asia Minor and was particularly loved by all from the Etruscans all the way up to the Renaissance painters who immortalised it in unforgettable works. This sort of centuries-old veneration has led the cypress to become a characteristic element of the roads, property borders, farmhouses and hills of the Val d’Orcia. The group of cypresses, enchanting and symbolic, nestled in the naked hills of San Quirico d’Orcia, has inspired all kinds of legends and old wives’ tales despite its history actually being linked to the hunting “hide”, a small wood created by hunters to attract birds. This image evokes uncontaminated countryside, ancient traditions, peace and beauty; the trees represent the symbol of nature and landscape, not only of the Val d’Orcia area but also of all of Tuscany in Italy and throughout the world. 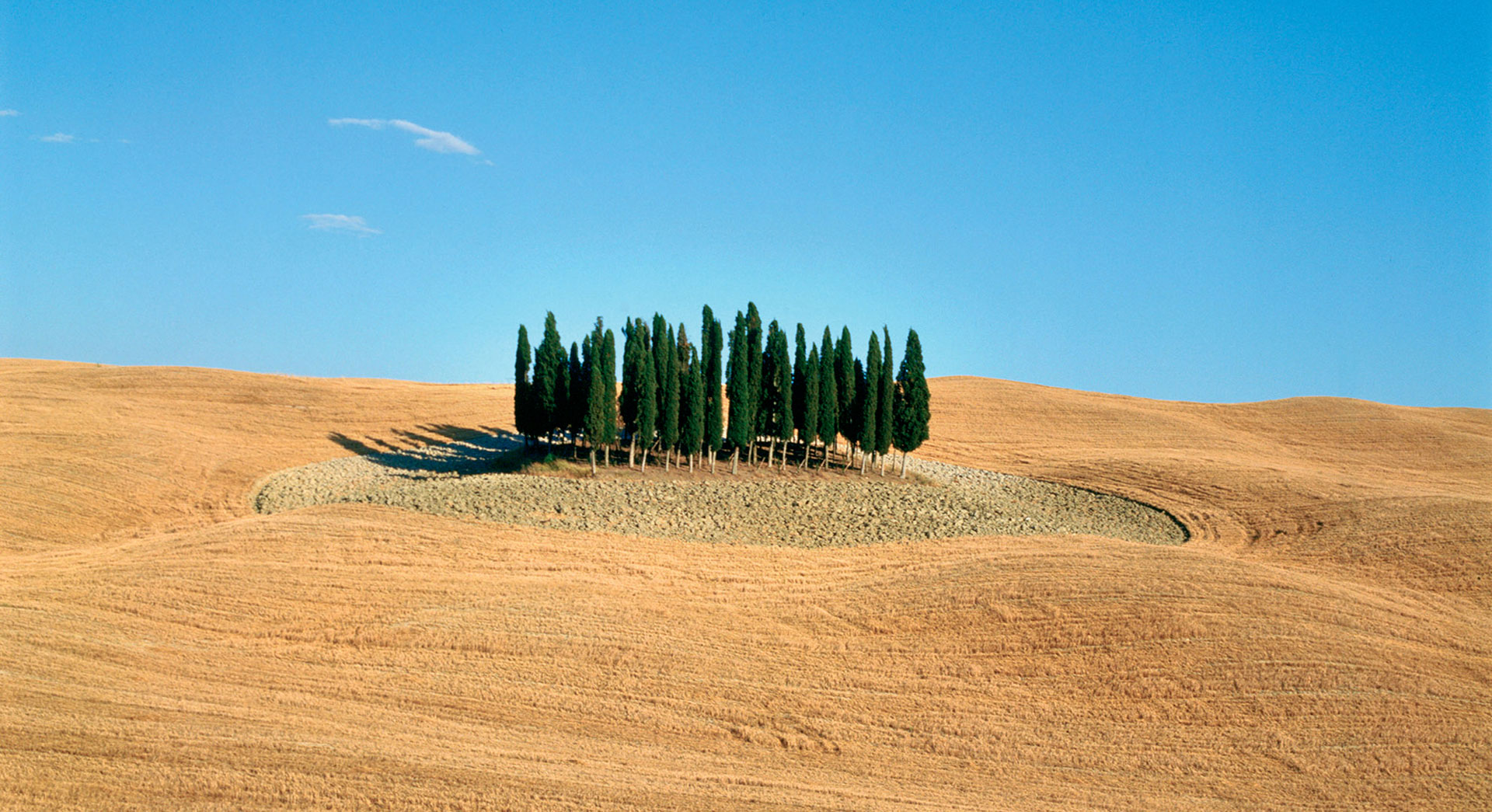