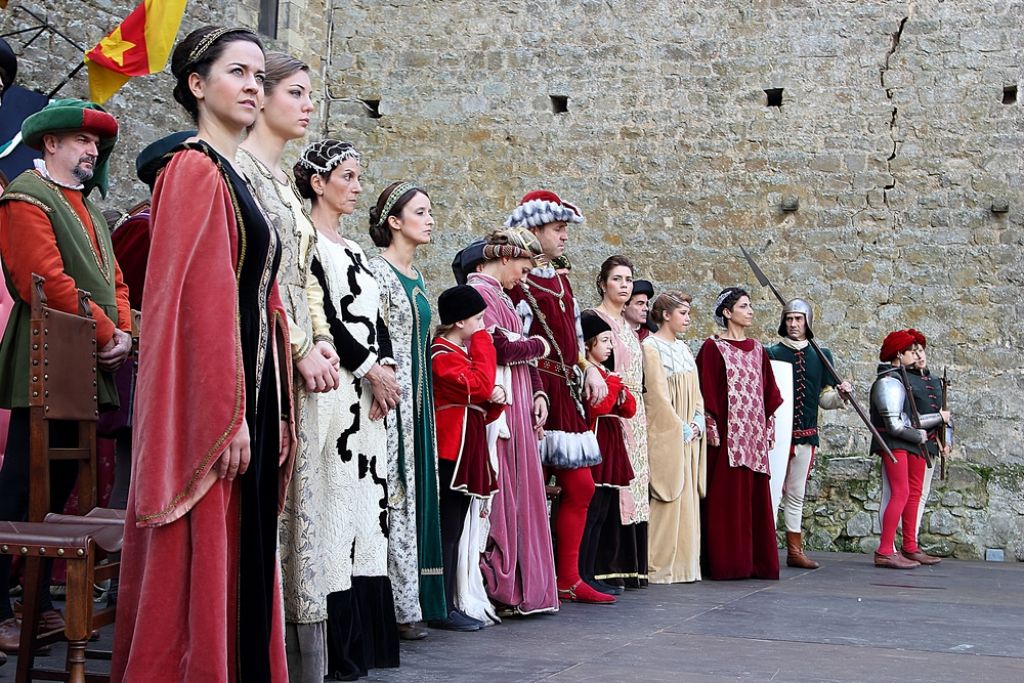 The Festival that celebrates the hunting tradition, with archery contests, processions in costume, dancing and, naturally, tastings.

The Festival of the Thrush, dating back to 1958, finds its origins in the hunting traditions of the towns and villages of the Val d’Orcia. Held at the end of October, it sees a fiery competition between the four districts of Montalcino, Borghetto (white and red), Pianello (white and blue), Ruga (yellow and blue) and Travaglio (yellow and red) who come onto the field for an archer competition. From the break of dawn, the townsfolk, wearing 14th century peasant costumes, dance and sing along the streets of the town to the sound of accordions, and then unite in a traditional procession starting from Piazza Cavour and leading to the 14th century fortress. After a vast tasting of typical products washed down with Montalcino wines, the historical procession returns to the place of the tournament where the much-awaited competition is held. At the end of the competition, the winning district is awarded with a silver arrow, to the joyous songs and teasing taunts from the other districts. Celebrations last throughout the winter and the losers have to succumb to the taunting songs and tricks of the winners. 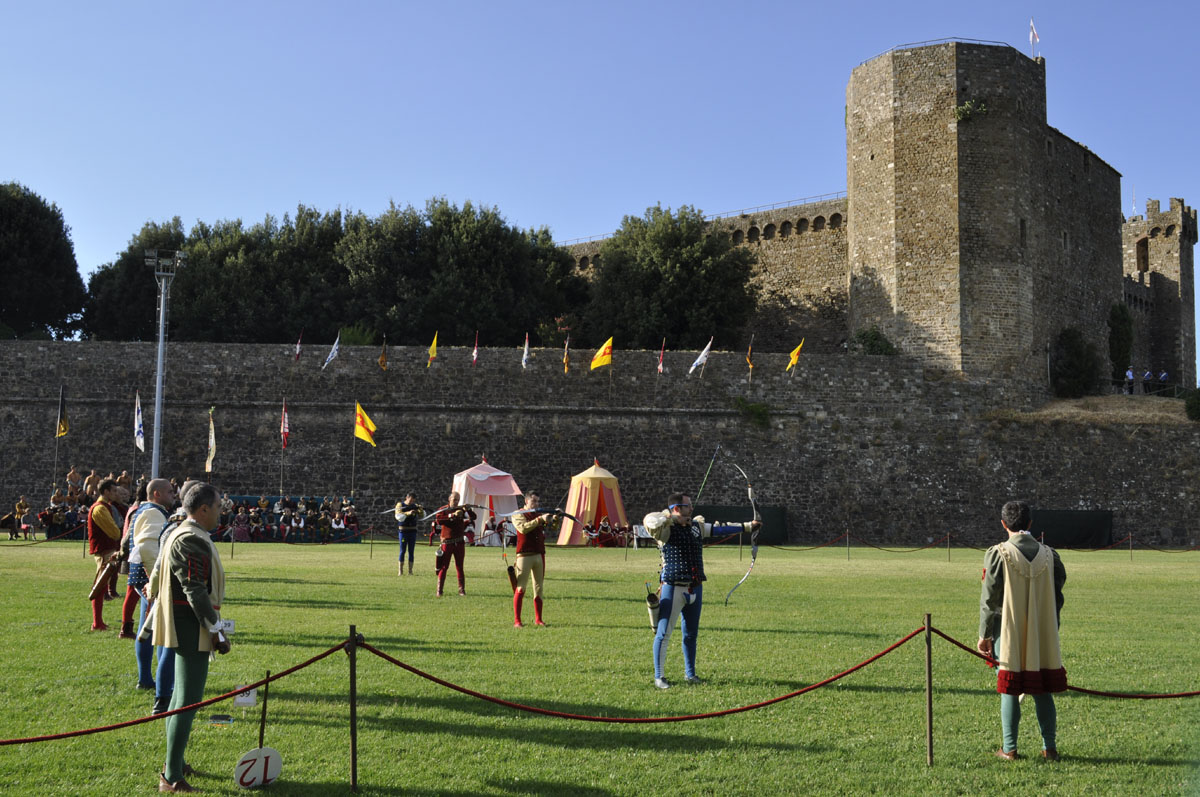 Festival of the Raviolo in Contignano