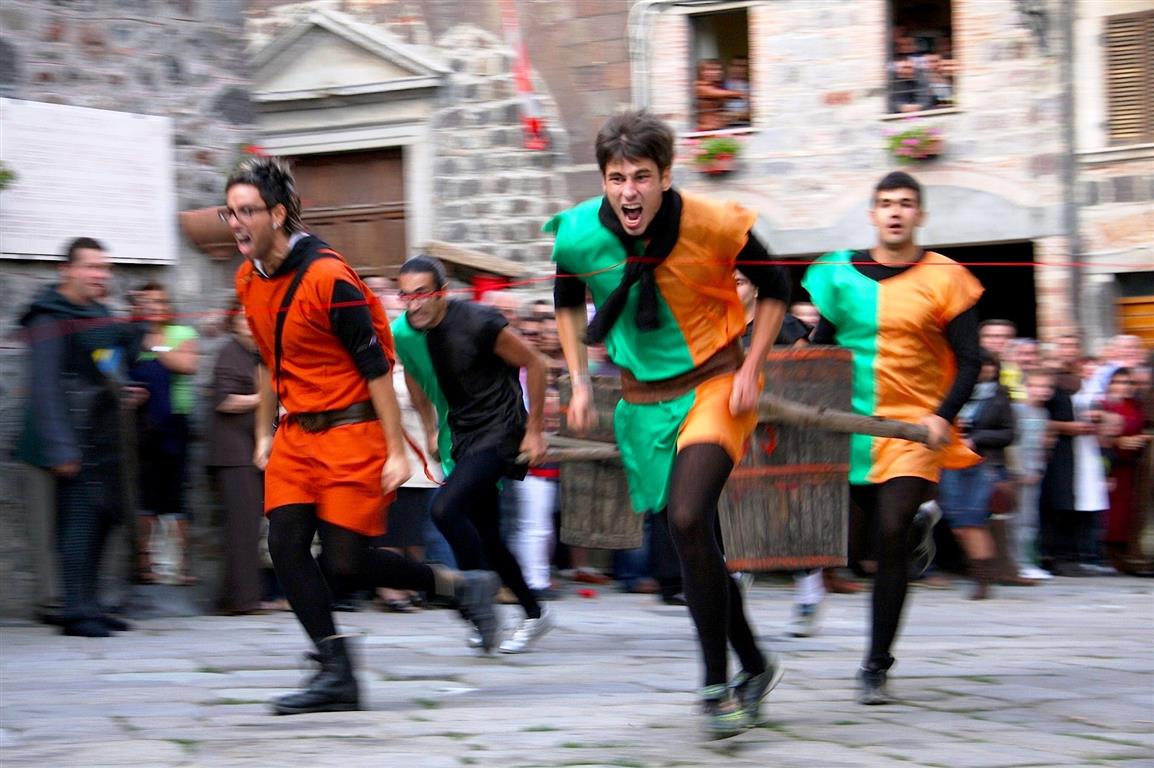 The medieval celebration of the small community of Radicofani.

The bigonzo is an old container used to carry eggs and which lends its name to this traditional Palio held in the community of Radicofani every September. The event, set up in homage to the town’s historical origins, lasts for two days over which the entire town is transformed into a medieval village. The eve of the celebration is characterised by preparatory dinners, shows, food tastings and a procession presenting the banner. The Palio is held the following day, following Holy Mass and the blessing of the four competing Contradas. The Contradas, Castello, Borgo Maggiore, Castel Morro, Bonmigliaccio, choose their competitors who will race through the streets of the town with the bigonzi until they reach Piazza San Pietro, where the winner is declared. 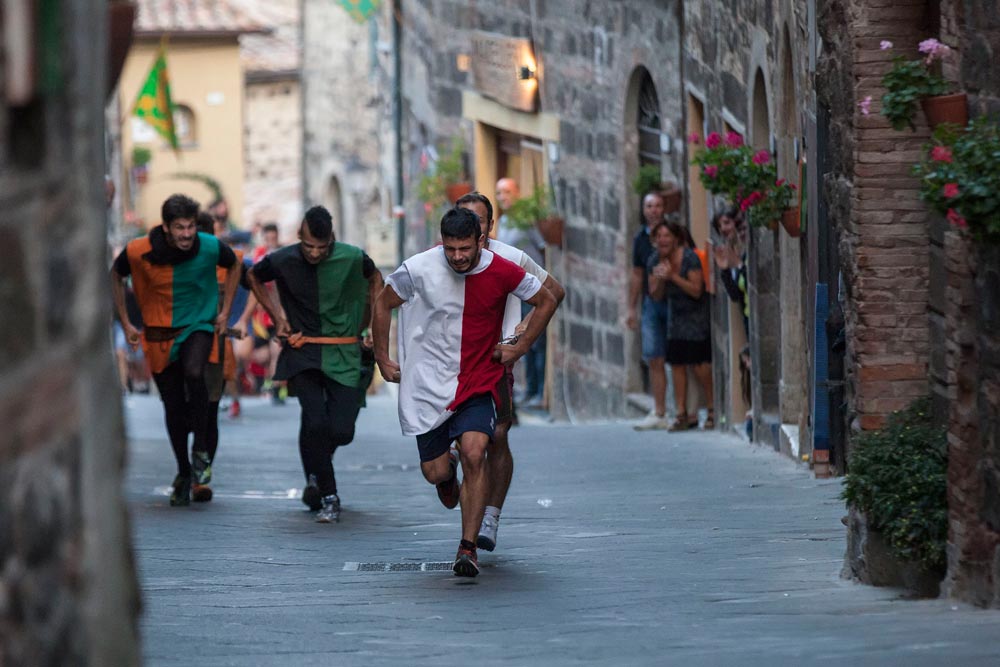